Webhooks are a key component (specifically, step 4) of a comprehensive Pact rollout. One of the first features we added to Pactflow was the ability to create, test and debug webhooks through the UI.

Today we released an enhancement that provides more insight into webhook activity, by enabling users to view the event that initiated the webhook, logs and executions for triggered webhooks directly from key areas of the application.

When a webhook fires, it has an event that was its cause, resulting in a triggered webhook. Once a webhook has been triggered, it will execute the webhook producing a log entry for that execution. Some webhook executions will fail and will be retried

In this case, we selected the first entry above and we find that there were 7 failed attempts. When we inspect the triggered webhook logs, each page represents one of the failed executions:

We can see the cause of the failure is a 403 Forbidden, meaning we have likely supplied incorrect credentials.

Now that we know the issue, we can also edit the webhook directly from here and get it back to green.

This feature is available now to plans and all users with either our Administrator or Test Maintainer default roles, or any custom role with webhook:manage:* privilege. 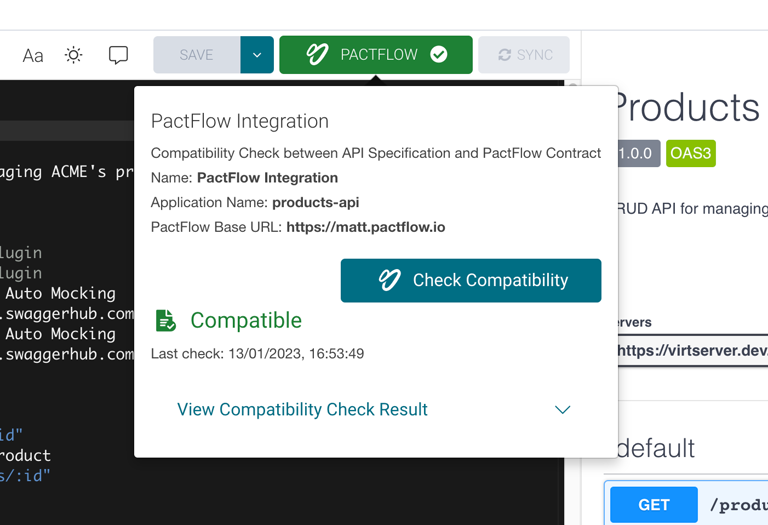 Unveiling of the SwaggerHub + PactFlow Integration

API designers and developers can harness the power the contract testing at scale to deploy with confidence, knowing updates to their API specification will not result in a breaking change.

Today we announce that Pactflow now provides support for the System for Cross-domain Identity Management (SCIM) v2.0 standard. SCIM keeps your Pactflow identities in sync with identities from your IdP.