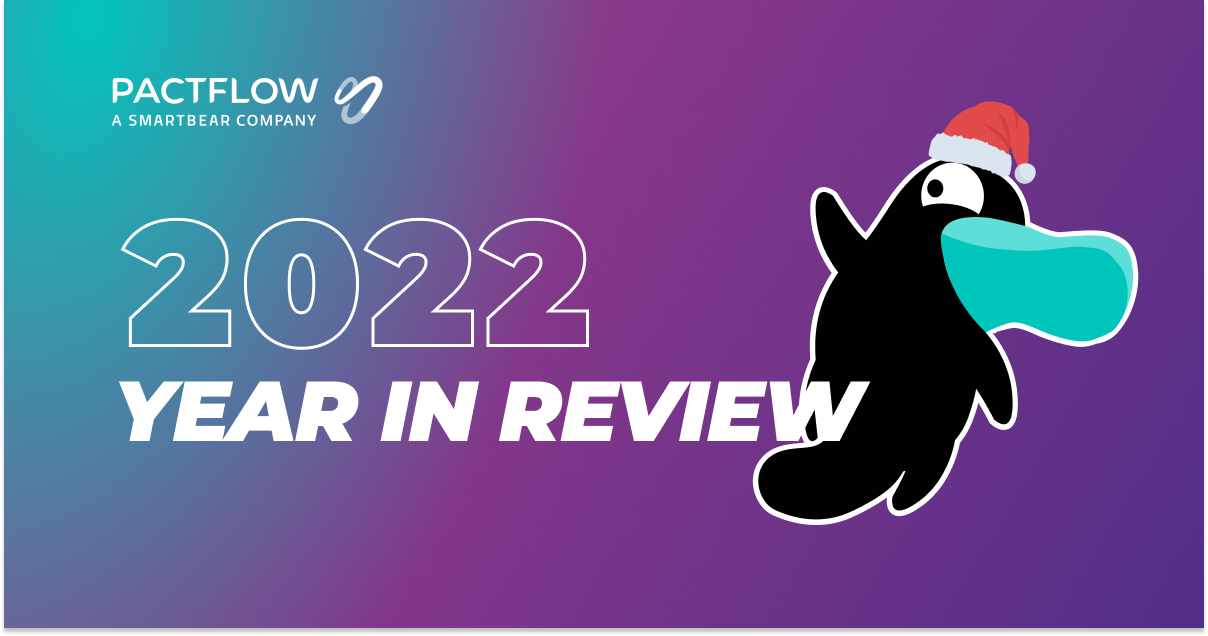 It's been quite the year! The Pactflow team have celebrated many major milestones and we know it’s only going to get better from here.

From joining the SmartBear family to hiring some great new talent, launching major features for both Pactflow and Pact Open Source - here's what we've been up to!

On behalf of the Pactflow team, thank you to our customers and community who have supported us through 2022. We look forward to testing with you in 2023!